Click here to edit the Social Media Links settings. This text will not be visible on the front end.

This room might seem simple to you, but to me, it marks the saddest day in my career. 💔 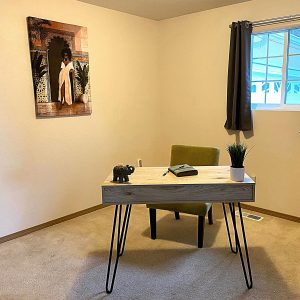 This picture was taken shortly after I had finished staging one of my client’s homes. I wanted to show the owners all I had done – admittedly looking for a pat on the back. Although I was showered with compliments for almost every other room in the home (all boho-themed to my aesthetic), I was given an off-putting request when they saw this photo.

“Can you remove the painting?”

Having fallen in love with this painting months ago, I was fairly disappointed and a bit taken back by the request. I decided to inquire about the reasoning behind the request and my client’s response broke my heart into a million little pieces.

“We are afraid we’ll get less money if people know we’re Black.”

In an attempt to comfort my clients and resolve the issue I made the mistake of saying ignorant things such as “that’s not as prevalent on the west coast” and “it’s just art, it won’t tell people who you are.” Ultimately though, the panting came down and was replaced by a lovely little beach scene.

Recently I was reminded of this interaction in the most heartbreaking way. In December of 2021 residents of San Francisco, California filed a lawsuit against their appraiser whose estimated value of the home came in nearly half a million dollars less than market value. After removing their family photos from the home and having it re-appraised it was clear that this discrepancy was in no small part due to the family’s race. You can read more about the story here.

My client was right. The fight is nowhere near over.

The real estate industry has a long and troubling history when it comes to the struggles of racial divide in America. In many ways, the housing industry served and serves as a stronghold for preserving racial discrimination long past the judicial end of segregation. In Richard Rothstein’s book The Color of Law, he delves into the multitude of ways in which the real estate industry fought to preserve racial segregation using subversive tactics that appeared innocent. By discreetly elongating the effects of racial segregation within the housing industry, the inability for people of color to obtain reasonable homes helped to widen the American wealth gap further than anyone thought possible.

How could the housing industry make such a profound impact on the financial prosperity of America’s minorities?  The answer to this question is LONG and although I am not a professional economist, I can give you the two biggest reasons.

Real Estate is the Best Source of Generational Wealth

It is no surprise to anyone that land is one of, if not the most, finite resource we have in this world. Sure, there are always going to be those few who talk about building an underwater civilization or creating an outpost on Mars. However, if we are to assume that we do not live in a Syfy film – what we got is what we got. This means that real estate is one of the most secure investments you can make. Without the ability to create more supply and the fact that it is a basic necessity for all humans, the value of property really has little way to go other than up. This makes it a major player when it comes to building generational wealth.

A home is a unique asset in the fact that it not only provides vital accommodations to its owners but also greatly increases in value through the years and can be passed down from generation to generation. On top of that, those who own homes can withdraw equity from those homes to re-invest and grow that wealth even further.

This asset was withheld from minorities for multiple generations through the process of redlining while being generously provided to their Caucasian counterparts. By excluding minorities (especially the Black community) from the ability to build this kind of compound wealth, the prospect of even being able to buy into the investment grew further and further away with every increase in market prices. By the time segregation and redlining “ended,” the ability to for minorities to purchase a suitable home was already too far gone and it would take more than just a few generations to close the gap.

Housing Taxes are Connected to Education

One of the cleaver and subversive ways in which the housing industry was able to sustain discrimination in real estate and the wealth gap was through intertwining housing taxes with access to education. By excluding minorities from suitable housing which was projected to rise in value at a far greater rate, early real estate developers were successfully able to ensure educational discrepancies between the two communities.

In exclusively Caucasian communities where home values greatly exceed their minority counterparts, schools were well funded through the taxation of those higher valued properties. As a result, the children of those communities were granted better educational programs, higher paid and more competent teachers, as well as better recognition from potential universities. Later in life, this would result in better and higher-paying jobs for the children of those exclusively Caucasian communities.

In contrast, the home systematically set aside for minority communities did not come close to meeting the values of their Caucasian counterparts. The result of this was that children raised in these communities would have fewer educational programs, poorly paid teachers, and would often have a “black mark” on their college applications due to their school’s reputation. As adults this lack of suitable education would result in working lower-paying jobs – only greatening the wealth divide.

Unfortunately, minorities today still face discrimination through illegal real estate practices such as steering and, as we saw with the San Francisco family, discriminatory appraisals. For people like me, it can be easy to think such things as “that’s all in the past” or “minorities can’t possibly still be affected by this.” However, it is through the fear in my client’s eyes as they looked at that beautiful painting that I see the truth – this battle is so far from over.

I am grateful, however, to work with Windermere Real Estate in fighting this injustice within our industry. In 2020 Windermere heard the call for equality and chose to answer. Windermere is one of the few Real Estate companies in the nation that have chosen to hire a consulting agency to help them promote Diversity, Equity, and Inclusion within our industry. Step-by-step they are helping their brokerages learn what it truly means to be inclusive and how we can all help to close the gap.

You can help too! Windermere Real Estate is partnering with HomeSight to increase Black homeownership in Washington state through what they are calling the “Hi Neighbor” fund. Through this fund, HomeSight is bridging the affordability gap for Black homebuyers so that they can increase their purchasing power. Starting in 2022 I will do my part by giving a portion of every commission I make to the fund. To learn more about this fund and to donate, click here! 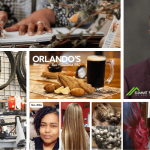 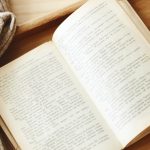 Related Articles
On Whidbey Black Owned Businesses on Whidbey Happy Juneteenth! To honor this pivotal part of Black American history I have collected a list of Black-Owned Businesses on Whidbey I think you are going to love visiting. Orlando’s Bar and Southern BBQ | 656 SE Bayshore Dr Ste 1, Oak Harbor, WA 98277 Orlando’s Bar and Southern BBQ is a community treasure that […]
Industry Info How I Help Beyond Whidbey Want to work with me but you are moving away from Whidbey or even to another state? I can still help! I have been compiling a list of referral partners across both Washington State and the country that I am continually updating. Even if I don’t already know an agent in the area you are […]
Uncategorized Hygge: The Key to Cozy Living It’s the moment when your toes find themselves slipping gently into the folds of your softest blanket. The warm beverage within your palms lifts up a scent that mixes and mingles with the crackling candle in the corner to create an aroma pleasant and settling. In a moment your breath leaves you in a long, […]

Thank you for your inquiry.